What Does Amazon's Just Walk Out Technology Mean For Retailers? There are some powerful messages behind Amazon's recent introduction of the new retail concept called Amazon Go which incorporates "just walk out technology". It is set to be made available to the public early in 2017.

For those of you who haven't heard about Amazon Go just yet, essentially the new brick and mortar concept enables shoppers to walk out of conveniently compact stores without having to go through the painful experience of paying for products after standing in a line.

If you would like to learn more about how the concept works you can watch Amazons official video below, I think they did a great job of describing it:

Interesting? We certainly think so. We also see that Amazon Go comes with some powerful messages for the retail industry. Here they are:

1) E-commerce is not the be all and end all

Amazon is an e-commerce retail giant who has been missing out on in-store retailing. Sounds strange this way around right? It is true, though: If they didn't think they were missing out, then their Amazon Go and other bricks and mortar concepts would never have made it onto the project list.

Would you try a radical concept on one of your flagship stores? The idea is likely to make you nervous and for a good reason - nobody wants to break a flagship store. Concept stores are a great place to try new concepts because you can't break anything. If your business doesn't open concept stores from time to time, then this could be the single biggest damper which is holding your business back from innovation.

While Amazon Go is a promising concept - it's still just that: a concept which hasn't been proven just yet (although personally, I would be willing to bet that its going to be successful).

3) Keep an eye on your shopping experience strategy

Amazon is famous for price wars, but Amazon Go doesn't seem to have anything to do with price. In-fact its making a bet that the experience will be so satisfying that pricing doesn't even feature as part of the story. If would like to bump your in-store expereince strategy up a notch, feel free to get in touch with us here for a free consultation.

Amazon's share price shot up by 2.6% following the announcement of their just walk out experience concept. If you calculate that out from an estimated 250 billion dollar value, then it works out to 6.5 billion dollars - that's an obscene amount of money.

The message here is that if shareholders like your concept store and what it represents then they will invest and your share price is likely to increase.

When you look into the detail of the technology behind the just walk out experience you will quickly come to the conclusion that it wouldn't be possible without an impeccably efficient approach to data. With the proliferation data collection as well as the data processing technology available it is no surprise to see this sort of development happening and there's probably much more to come.

Retailers who plan to survive this next chapter will need to invest in in-store experiences. 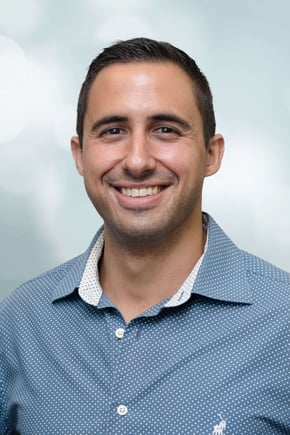 Kyle joined DotActiv in 2009. Since then, he has worked across multiple departments and gained extensive experience across multiple facets of the business before becoming DotActiv’s CMO. He was appointed CEO (Acting Chief Executive Officer) in 2021. Kyle is responsible for leading the board and our management team by setting and overseeing the overall strategy of the business. He is known for his deep passion for servant leadership and lifelong learning. As Acting CEO, Kyle has assumed the full powers and responsibilities which come with the role of CEO and his appointment will become permanent in 2022 when specific criteria have been met. On a personal note, Kyle loves spending quality time with his nearly 3-year-old son, Troy. He also has a passion for health & fitness, life-long studies and spending quality time with family and friends.

The Sheer Size of These Ten Pharmaceutical Deals is Astonishing.

What to Consider When Setting Up an Endless Aisle

Technology has, in recent times, played an increasingly important role in retail. You only need to consider what you can do ...
Start Reading
Darren Gilbert Mar 8, 2022 4:50:30 PM 8 min read

Want to hear a cold hard truth about retail? If you work in the industry and don’t use your data correctly, all your efforts ...
Start Reading