Margin vs Markup and Its Relation to Space Planning

The debate around margin vs markup is a common one. That’s because many like to use it interchangeably. But that’s wrong. Margin and markup are not the same, however much you want to argue it. That said, they are closely related. And space planners need to understand margin to create effective planograms.

Why? The role of a space planner includes placing products on your stores shelves in such a way that it generates sales and profits. Thus, having a good understanding of gross margin will help space planners to determine how much space should be allocated to each category, sub-category, segment and sub-segment.

But before we get into that, we need to look at this debate around margin vs markup.

Net sales and cost of goods are arguably the two most important measurements tied to gauging how effective you are as a retailer. Your net sales - the total amount of revenue gained from your stores selling its products, and minus any discounts and returns - can be gathered from your Point of Sale systems.

As for your cost of goods, that’s usually your greatest expense as a retailer and needs to be monitored carefully. If you find that your inventory costs are rising, you need to find out why and stop it before it’s too late.

So why are we mentioning all this? It has to do with your gross margin. And more specifically its formula. Gross margin is the profit return on a product expressed as a percentage. It’s formula is thus: your company’s total sales revenue minus its cost of goods sold, divided by your total sales revenue.

Let’s put that in an example. If you sell a product for R100 and it costs R60 to make, you end up with R40. Expressed as a percentage, your margin is 40%. The higher the gross margin, the greater your efficiency is as a manufacturer to turn raw materials into income.

On the retailer side, it’s a little more complicated. Your margins are driven by a number of different factors, including the types of products you sell. Suffice to say, a higher margin is driven by the perceived value versus the actual cost to purchase the product.

Similar to your gross margin, your markup can be expressed as a percentage.

Where the two differ, though, is firstly in the way in which they affect your business and secondly, in their formula.

It’s also no wonder then that many people find it easier to work with gross margin since it can tell you how much of your sales revenue is gross profit.

How does that look in practical terms? It’s worth watching this video to get a general overview of margin vs markup. Let’s say you have an item that you already sell in your store but you want to make more money off of it. So you give it a R50 markup. Now, that doesn’t mean your gross margin will be 50%. It doesn’t work like that. Your gross margin will rather be 33%. That’s because your markup is a percentage of cost.

If you want a 50% gross margin, your markup percentage would need to be 100%.

Gross margin and its relation to space planning

As we’ve already mentioned, space planners need to understand gross margin because it has a major impact on the space allocated to each of your products on shelf. Since there is only so much shelf space available, you can’t waste it.

When analysing any data prior to building your planogram, it’s vital that your gross margin and the sales currency value are weighed up against each other. Why? Let’s put it this way - a percentage value can often be deceptive when viewed in isolation or without any actual rand value. That said, it should also be reviewed with both percentage sales and percentage units.

Once done, you can set about finding ways to increase the profitability across your business. For example, by placing more profitable items that have elastic demand at eye level.

Another opportunity would be to make changes to the categories on your planogram. Mind you, if you do go this route, the buyer must be consulted as there many be certain strategies that would need to be considered. A supplier, for example, may be brought in as a turf defender where a loss leader pricing strategy is applied. That would assist in getting more customers through your door and turn over more units.

That said, your gross margin does also need to be reviewed together with your Gross Margin Return on Inventory Investment (GMROII). That’s because GMROII will calculate whether you are able to cover the cost of the inventory that you’ve already invested in. As we’ve noted in a previous article around inventory turnover, the shorter your stock turn the better. Why? It helps you to minimise your inventory management costs.

To determine an acceptable week of inventory on hand for your stores, you need to consider both the demand for your products as well as the time it takes to acquire more inventory. Also finding the right balance between low and high gross margin process will result in better performing planograms (and thus store). 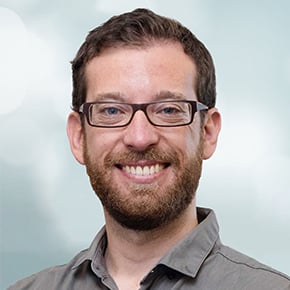 4 Reasons Why You Should Staple Down Your Merchandising Principles

How Planogram Automation Can Help Your Retail Business

Customer loyalty can be a tough nut to crack. That’s especially true when you consider the level of competition in the retail ...
Start Reading