Haggling Is Not Negotiating

You’ve read that headline and are now in one of three camps. You are either asking yourself: Who is this idiot? You might be confused. Did I really say that? Or you asking what is the difference. Let me explain why I wrote that headline and, even more importantly, if you negotiate, why you need to understand it too, writes Darren A. Smith, founder and chief meaning officer at Making Business Matter.

But first, I want to provide you with a little context.

I am in Turkey. My wife and I went to a market. It was scorching. We looked like tourists. Cameras, shorts, shades and a truckload of Piz Buin factor 50. Walking around the market, they tried to sell us leather bags, rugs, floor to ceiling pots, an almost life-size donkey, and many other things. Most of which would mean that the EasyJet ride home would be interesting with my new carry-on ‘luggage’.

“Aha, the sunglasses stall,” I said and watched as my wife raised her eyebrows because I was about to buy another pair of dodgy sunglasses. One to add to the collection. The old guy behind the stall, dressed in all white, and a Tommy Copper hat, started high. I inevitably

started low. We both knew the game and we played it. Meeting in the middle. I was now the proud owner of a pair of red ‘Roy Bans’ for £8. An absolute bargain, if you’re not worried about first names.

What just happened? We haggled. We did the dance where one person starts high, the other low, meeting in the middle. Puffed out our chests. And finally shook hands. Pleased with the win. 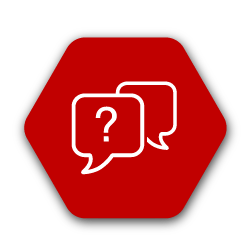 Haggling vs Negotiating: What’s the Difference?

Haggling is solving a conflict of interest about just money, by doing the dance. Negotiating is solving a conflict by discussing a number of different variables, e.g. price, timeline, quality, and trading concessions. Negotiating is a more sophisticated skill. A harder skill to master. One that effective negotiators know takes time, practice, and an in-depth understanding of the skill and the topic.

It’s hard to be critical of ourselves. Accepting that for all these years, we’ve not been negotiating. You’re still successful and still achieving. My point is that you are a haggler. A good one. The haggler wins by using one of three tools:

If you added negotiation to your toolbox of tricks, you’d be even better.

A negotiator has a very wide range of tools that they can use. In fact, they see negotiating as an art. Less a mosh, and more of a foxtrot. Those tools include using silence, if you then I, adjudication, little words, and so many more.

Make Me a Better Negotiator, Not Just a Haggler

Many years ago, Heineken created a tv advert. There was a guy answering the phone. It was a job offer. The guy on the other end of the phone is trying to get him to take the job. Our guy puts down the phone on the table, leaving the other guy to continue talking. Our guy is getting a beer from the fridge. You hear the guy on the phone raising his offer, again, and again, because he is being met with silence. The beer guy then goes back to the phone, picks it up and says, “Yes”. The silence negotiating tool cleverly explained with a beer.

So what does this mean for you in a retail context? When asked, “Is that your best price?”, do not answer. Stay silent. It will be a little uncomfortable, but wait. Wait for them to speak. This is critical, because if they are not an effective negotiator, they’ll follow-up with something like, “Well, could you help me a little bit?”

Already your silence has reduced their request to something smaller.

Listen for the Little Words

It’s the little words that we use which give away our position.

Let’s say, for example, that someone says, “I need around £10 per case for that product”.

What you don’t do is say, “You said ‘around’. That means you’ll accept less.” Instead, it’s better to reply with a conditioning response. Similar to when you take your car in with a problem and the service guy behind the desk hears the problem and then sucks his teeth. You do the same. This will condition the other person into thinking that what they have asked for, is too much.

The most famous tool amongst the negotiation trainers is this one. Famous because it works. It’s simple and effective.

When you are ready to make your proposal, this tool comes in handy. You’re buying 100 widgets, but you need them by Friday, which is a very tight timeline. “If you can deliver by Friday, then I will buy 100 widgets.”

Always say the part you want first. In this case, “If you can deliver by Friday ...”, and the part you’re giving away, second. In this case, “...then I will buy 100 widgets.” If you try it the other way around, you’ll find that the less desirable opponent will cut you off mid-sentence, thanking you for your order of 100 widgets, and you will never have got to say what you wanted.

For example, when you want to sell your car. You have ‘done the dance’ of discussing the served history, they’ve kicked the tyres, and now it’s time for the crunch. They ask, “Could you sell it for less mate?”. You reply, “If you can pay in cash, then I’ll accept £x”.

Besides the above, you can find a further 50 negotiating tools and techniques in this article that you can use in your retail business.

One of the key tools mentioned in the above article is ‘Up and Over’. It works like this:

This helps the other party to understand the implications of their demand on the outcome of the deal. This is usually used as a blocking tactic and is not meant to be accepted.

Having blocked their demand, you have the opportunity to take the initiative and make a realistic proposal of your own.

The toolbox of negotiation tips, tricks, and tools, goes on forever. Some more useful than others. My recommendation is to grab three and practise them until you can naturally use them when you are negotiating. Besides the above, you can find 50 negotiating tools techniques to here.

Darren has worked in retail for over 28 years. For 13 years, he was a buyer and category manager in one of the big four UK supermarkets. For the past 14 years, he has worked with suppliers on People Development to enable them to get the best from their people with their retail accounts through Sticky Leaning®. He is founder and chief meaning officer at Making Business Matter.

Clustering Algorithms: Which One Is Right For Your Business?