Become more than just a medicine dispenser with a data-driven category management strategy and plan for your front shop.

Looking for a category management solution that caters to your unique buying needs? A solution that helps you balance the need to attract new shoppers and maintain substantial revenue for your business?

After booking your free online exploratory consultation, you can expect us to research and evaluate your unique context. We’ll create a personalised agenda to match your business’ interests, goals and context.

We’ll reach out to you before your consultation to share your personalised agenda. You’re welcome to request any changes or additional points.

We’ll consult with our internal experts to curate and customise conversation points, content, and the presentation so that it’s in line with your personalised agenda. Depending on the outcome of our consultation, we’ll schedule a separate custom advisory consultation to share our proposed recommendations with you.

As a company that caters to Pharmacy retailers, we understand that your buying and assortment needs are unlike other retailers.

You need to cater to the demands of customers looking to fill out prescriptions as well as others needing over the counter medicines. However, you are more than medicine dispensers. You also need to stock complementary product categories to attract shoppers and maintain substantial revenue for your business.

DotActiv’s software and services will help you create powerful data-driven assortments and space plans to meet the needs of anyone who walks into your pharmacy store.

South Africa pharmacy group, Clicks has over 870 stores across southern Africa as well as over 545 in-store pharmacies, making it the largest retail pharmacy chain.

Clicks is also Africa’s leading retail-led healthcare group with a handful of franchise brands, including GNC, The Body Shop, Claire’s, and Musica, amongst others.

In 2017, the Clicks formally rated DotActiv its best-performing IT provider for that year, following five consecutive years of ranking amongst its best-performing providers. If Clicks can rate DotActiv as its best IT solutions provider, you can be confident that by choosing us, we’ll deliver the same performance for your retail business. 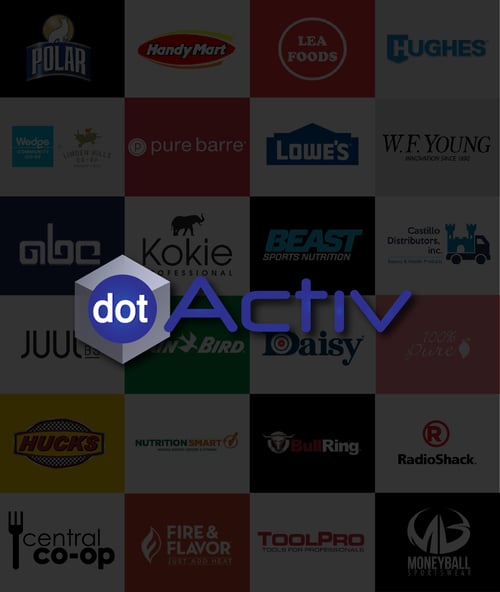 At DotActiv, we pride ourselves on providing American Pharmacy retailers with high-quality category management software and services that enhance performance.

If you’re looking to develop data-driven product assortments and store layouts, we have the software and services you need. Learn about our professional category management services here or explore our software editions below.